The COVID-19 global pandemic has hit us all hard, but some sectors have suffered more than others. The number of deaths in care homes, and among the elderly and vulnerable populations, has turned attention on the social care system. Social care reform has been on the cards for a long time,. However, it’s now making its way to the top of the priority list due to the coronavirus crisis. 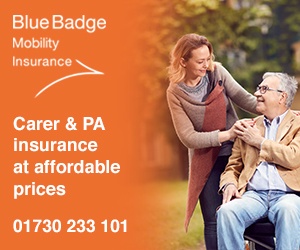 One of the biggest problems to solve is how to fund social care in the future. It’s clear the current system isn’t working. No one should have to sell their home to pay for care to access the support they need. And yet, with local authority budgets already squeezed, the threshold to receive any financial support for care is high.

Sir Simon Stevens, head of NHS England said while talking to the BBC that a plan needs to be in place to adequately fund the sector within a year. He called for a “decisive answer” from the government on how to provide the quality care people need. In the interview on the BBC’s Andrew Marr programme, Sir Simon said the coronavirus crisis might drive the reforms needed. “If any good is to come from this, we must use this as a moment to resolve once and for all to actually properly resource and reform the way in which social care works in this country.

“The reality is that after at least two decades of talking about it, we do not have a fair and properly resourced adult social care system with a proper set of workforce supports.”

The implications of Brexit

It’s not just COVID-19 that’s creating urgent concern within the social care sector. In the background, Brexit rumbles on, with immigration laws creating extra worry about future staffing levels. The NHS Confederation sent a letter to the government airing its concerns over the proposals.

Danny Mortimer, co-convenor of the Cavendish Coalition and chief executive of NHS Employers, which is part of the NHS Confederation, said: “If adult social care wasn’t in a precarious position before coronavirus, it certainly is now. One in five health and care workers have said that are likely to leave their roles after the pandemic, which is pretty worrying given that this was a sector that entered it with 122,000 vacancies.

“The Government has undermined the vital role of social care in its proposed points-based system for immigration, which will effectively turn the tap off international recruitment in an instant and create a staffing blackhole at a time when these services are expected to more stretched than ever before.”

Everyone involved agrees that reform is necessary, but what form this should take is still up for debate. One plan put forward in recent times is for everyone aged over 40 to start contributing to the cost of care in later life. This might come in the form of increased taxation or National Insurance payments. Or it might be through mandatory insurance against the cost of future care and support.

It’s a system that’s already in place in other countries. In a The King’s Fund paper titled ‘The social care and health systems of nine countries’ (commissioned by the Independent Commission on the Future of Health and Social Care in England), it looks at a number of countries that have introduced universal mandatory insurance to cover social care costs. It’s not a perfect solution; even countries with mandatory insurance are struggling to fund an ever-growing ageing population. This leads to questions around when people become eligible for social care, and/or whether personal contributions need to increase.

In June 2020, health secretary Matt Hancock announced the launch of the Social Care Sector COVID-19 Support Taskforce, to help support the sector through the current crisis and beyond. The taskforce’s purpose is to, “ensure that concerted and determined action is taken to reduce the risk of transmission of COVID-19 in the sector, both for those who rely on care and support, and the social care workforce”.

Industry professionals hope the taskforce will continue beyond coronavirus and look at solutions for greater reform. The Independent Care Group chairman Mike Padgham said (as reported by FT Advisor): “An expert-led task force is something we have called for for many years, as a way to take social care forward. We are delighted to see this new taskforce announced and hope it works swiftly to not only help everyone who is looked after by social care through coronavirus, but also to look at the whole future of social care and guide it into a more sustainable future, with better funding and parity with the NHS.”

Another option is that the NHS could take over social care, which could increase its budget up to £150bn. As reported in The Guardian, plans are reportedly being examined by ministers, which would remove social care responsibilities from local authorities and give it to the NHS instead. The Department of Health and Social Care deny the proposals. However, it’s a merger that’s been suggested previously, so maybe it’s not entirely off the table.

Whatever the solution, it needs to happen fast. We need to see a total social care reform, and fast. The elderly and vulnerable in our society deserve to receive the care and support they need.