How will the new UK immigration rules impact the care system?

How will the new UK immigration rules impact the care system?

The UK government has announced its post-Brexit immigration plans, which will favour a points-based system, similar to Australia. The system will equalise the treatment of EU and non-EU citizens wishing to come to the UK after free movement comes to an end. 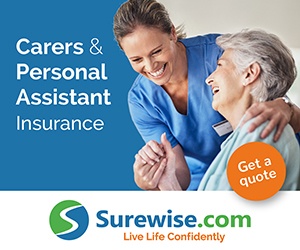 The new plans will inevitably impact upon the health and social care industries, where a significant proportion of the workforce relies on EU carers. The aim of the immigration rules is to encourage UK businesses to move away from relying on cheap labour from the EU, and instead invest in encouraging UK-based staff retention, as well as innovative automation technologies. The UK will be prioritising immigration from those with the right talents, as well as filling key skills shortages.

Those wishing to obtain a visa to work in the UK would need to get 70 points, with points allocated for things like having a firm job offer, speaking English to a good standard, and being a skilled worker. The minimum salary threshold would be set at £25,600, which is lower than the current threshold for non-EU immigrants of £30,000. However, there would be a lower minimum threshold for those in “specific shortage occupations”, such as nursing, civil engineering and psychology – notably not care workers. There would be no cap on the number of skilled workers who could come to the UK, and there are also no plans to add a general, low-skilled or temporary work visa option.

Concerns have been raised about how this will impact on the social care sector, at least in the short term. Wages in the industry typically don’t come close to the new minimum threshold, and therefore care companies in the UK who rely on EU workers may find that they have excess jobs to fill.

The United Kingdom Homecare Association (UKHCA) released a statement in reaction to the new immigration system. Colin Angel, Policy Director, said: “We are dismayed by the decision Government has made. Cutting off the supply of prospective careworkers under a new migration system, will pave the way for more people waiting unnecessarily in hospital or going without care. Telling employers to adjust, in a grossly underfunded care system, is simply irresponsible. The Migration Advisory Committee has told Government it needs to sort out social care funding, but there is no sign of that on the horizon.”

Is there an upside?

While it might sound like very bad news for the care industry, there could be a positive outcome. For a start, the care industry will need to review its salary thresholds if it wants to attract workers from within the UK, as well as meet the criteria for overseas workers. As a whole, this could help to make care a more attractive industry to work in and incentivise young school leavers to opt for a career in care.

The situation also offers an opportunity to raise the profile of care workers as a whole. Care workers who operate within an agency, or self-employed care workers running their own business, might find the value of their role increases, and that they have more opportunity to upskill and develop in their roles, as well as increase their earning power.

We’ll be  looking at these topics in more detail over the coming months, with in-depth articles looking at the implications of the new immigration rules, and in particular the impact on self-employed paid carers. If you’d like to help with our research and let us know your thoughts on the topic, we’re asking for responses to two key questions over on our Facebook Page now: https://ytboss.care/wewantyourviews